September 11, 2013 youthwork Comments Off on Youth Worker Interviews: “that was kind of difficult” – Trying to achieve control without control

“You know, like we have policies like ‘you can’t punch people’ but we don’t have policies like ‘if you do this you’ll get banned for that amount of time’. ‘Cos then you’ve got to stick by it even if you know it might not be the best thing…” In this extract, the youth worker discusses control and some of the difficulties involved in communicating the values that underpin their work to colleagues. 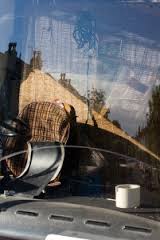 Youth Worker: When I started work over in Goldhill, one of the clubs where I ran, we got kids coming in screaming and shouting, and I put up with it and they just, you know, I didn’t just put up with it but I didn’t kick them out, I didn’t go down on them like a ton of bricks, I just kind of thought this is part of the job and you deal with it and you find out what the issues are and you take them aside and you say ‘you can’t talk to me like that’ or whatever, or you just banter back at them, because usually they just want the attention, um, and people just couldn’t – they just thought I had no control.

They just thought I had no control… I was desperately trying not to have control. And I found that really hard because I was desperately trying not to have control. And it’s like, well, we’re just aiming for completely different things. Working here in Aldham we’d have forty kids in who were all ten times bigger than me, who were all hardened criminals, and if they wanted to they could just pick up something and walk out with it and there was nothing you could do about it… And so, there’s three workers, there’s forty kids, if they want to they can take everything, they don’t because they don’t want to violate it and they want the place to be there and it’s their place, so that’s – that’s control. It’s kind of, it’s an unspoken agreement, not going down on people and making sure they’re scared of you. So I found that, yeah, that was kind of difficult… 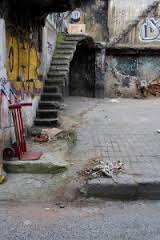 YW: No. No. No, I mean, it’s like, yeah, for me – I find it quite hard to articulate what I’m aiming for. But I guess I come from politically kind of quite I guess kind of radical left wing but certainly for generations in my family come from communist, anarchist backgrounds – um, but I’m disillusioned in the kind of structural stuff around that but still interested in the kind of, the way of, you know, the way of relating to people. And so I guess my stuff is much more about those quite kind of soft outcomes or whatever you want to call it, about just how we live our lives, not about whether people have got jobs or whether those jobs are legitimate or not, or whether they can afford a car or not, but just about how we relate to each other and that, yeah, I don’t know, and that’s I guess what I kind of look to do, and other people just don’t see that, they don’t have a clue what I’m doing! One of my, the biggest kind of thing, most important aspects for me of the work, is doubt. And not being able to explain always what you’re doing and not having, I was discussing this actually with some of my staff, some staff I work with in another project, and saying, ‘you know, we don’t have any policies here. The reason 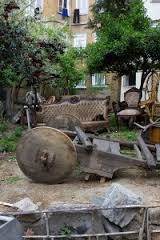 we don’t have any policies here is because policies tend to bind you down, you know, and you have to stick to them.’ You know, like we have policies like ‘you can’t punch people’ but we don’t have policies like ‘if you do this you’ll get banned for that amount of time’. Cos then you’ve got to stick by it even if you know it might not be the best thing, so we just discuss it as a staff team, we’re constantly changing, if we decide that we need to be a little bit tougher on people cos there’s a lot of people coming in high then we’ll crack down on it slightly. If then we decide that that’s not an issue then we’ll loosen up a little bit and we just keep it moving. And when you try to explain that to people who’ve got much more dogmatic opinions about how things should be done, you just come across as being a dithering fool. And I find that quite difficult. You know, I try and explain to other workers, like at this project in Goldhill, that I didn’t think we should have a zero tolerance policy, but that didn’t mean that it was acceptable for people to come in off their face, but that we just needed to work with it because some people, some of the young people have real, serious issues, and you have to work with those issues, and that the best thing was to get them in and to talk to them about what they were doing, and people just thought that I was just – being weak…

This interview was conducted as research by Tania de St Croix for her PhD thesis on how grass-roots youth workers experience their role.