“We’re subject to two sorts of criticism… I know there’s a public criticism. I’ve had both sides. Why aren’t these troublesome young people down my street, not in your youth centre? But if they’re in the youth centre, why is the youth centre such a den of iniquity?” In this extract, the youth worker interviewee discusses the difficult balancing act involved when working with challenging young people. 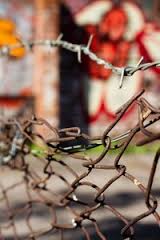 Youth Worker: Youth workers aren’t supposed to be involved in locking young people up, but there have been occasions where my evidence has led to people going to jail, or I’ve been working fairly closely with the police. There are people who we’re pretty certain have been dealing drugs about the youth centre. We had quite a lot of press coverage where one of the girls won a national sports championship and we did a little presentation with the local radio up here.

We were all smiling and chatting away to the radio journalist, but I knew there was a drug deal going on just behind us. The TV came up as well. So we faked a ceremony for the radio and all clapped and so on, then TV came up 20 minutes later and we did it all over again. But by then these two guys had moved. But yesterday when I was leaving here, at about seven, I told one of them that he wasn’t allowed in here. He said, okay and just cycled off. Then he caught me on the way home, him and a friend, and was quite angry with me and asked me why. And he’s been warned. I told him why and then went on my way. The stones they threw at me missed. But it wasn’t very pleasant. 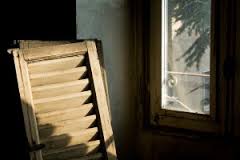 The decision was been taken yesterday at a sort of team meeting of the more senior staff here, and we’ve taken the decision to exclude these two young people we think are drug dealing. The fact that the phone goes and people go round the back and there’s an exchange and then they come back in the building and so on. To us it’s enough evidence, but obviously it’s not court-worthy, but then we’re not a court. We’re just saying, this is unacceptable behaviour in here and that’s enough evidence for us. So we’ve had some argument about what is enough evidence.

Interviewer: And these are young people who are your clients?

I: When you said, the phone goes…

I: That’s within the team? You were talking about excluding these guys. You make those decisions within your team?

YW: Yes. We have meetings once a week and all major issues are talked through. I’ve said that these things should never be instant. That’s helped the staff in the past because they often want to say to people, go and we never want to see you again. But actually these things always need discussion and should be thought through, and those sorts of decisions should never be done in the heat of the moment. If we’re withdrawing support from somebody who might cease being a drug dealer if we’re giving them some support, but do we put up with drugs and drug users just being all around the area and then affecting other young people who are using the place? There are those sorts of things, and that’s a pretty daily issue. 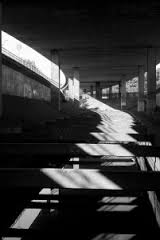 I: Where are your boundaries?

I: When you’re straight.

YW: Yes. But then we don’t want to create a big distance between ourselves and young people, and we don’t want to create conflict between ourselves and young people… The staff team here are feeling a bit that we soak up a lot of conflict and people are happy for us to soak it up. This has actually been said to me, that if we have an awful lot of conflict here and around this building, around stolen cars, alcohol and drug use, violent people, then it’s not happening anywhere else.

It makes the rest of the area safe. I don’t think in the long run it makes the rest of the area safe, but also we just can’t take that weight. The people working here just can’t take all that conflict here. It does exclude other young people. You can see it in the figures. When there’s a lot of conflict here, the number of girls using the place goes down dramatically, because most of the conflict is with young men. I can show it on the figures. When we’ve had a conflict, the use by the girls drops down maybe 25-30%.

I: So that sounds like a really difficult paradox of being a place for troubled young people, and yet having to hold the line in terms of standards of behaviour.

This interview was conducted as research for the book The Dilemmas of Development Work: Ethical Challenges in Regeneration by Paul Hoggett, Marjorie Mayo and Chris Miller (The Policy Press, 2009).