Ban Ki-Moon announced the appointment of a new special advisor for youth back in January 2012 as part of his attempt to better “address the needs of the largest generation of young people the world has ever known.” But after the issue of a call for nominations in March 2012, nothing has happened for months. You want to know why? Because the money is missing. Read on for details about political slapstick by the UN at the expense of young people. 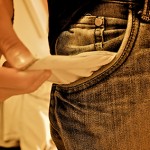 Ban Ki-Moon certainly stirred up the international youth scene when he announced, back in January 2012, to appoint a new special advisor for youth as part of his attempt to better “address the needs of the largest generation of young people the world has ever known.” (Source: the Secretary General’s five-year action plan).

The terms of reference describe the role of the special advisor, who will:

The excitement of the international youth sector was palpable—if not unanimously shared—but after the issue of a call for nominations in March 2012, nothing has happened for months.

In July, it became clear why. In the Youth Flash Newsletter it states:

It’s difficult to decide what is more outrageous: that the special advisor for youth was announced without having the budgetary provisions in place, or that there is apparent trouble raising sufficient funds from UN member states to put such provisions in place.

How can this be real? How can something be announced and presented as ultimate fact, when there is no money to make it happen? How can it be so difficult to raise the money necessary to equip the advisor with meaningful resources?

This is political slapstick of the worst kind. Those responsible for this farce should be ashamed.