October 19, 2014 Youthpolicy Team Comments Off on First Global Forum on Youth Policy: Our top 10 essential reading list for all those attending

Between the 28-30 October, the First Global Forum on Youth Policies will take place in Baku, Azerbaijan, bringing together 700 youth policy experts—from governments and parliaments, youth networks and movements, research and development communities—at a time when renewed interest in and momentum for youth policies struggles with multiple dilemmas and obstacles. Here is our Top 10 reading recommendations for all those attending! 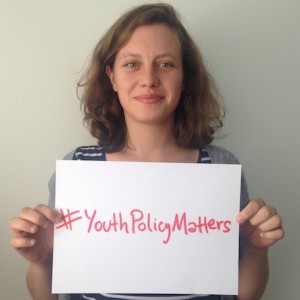 According to the State of Youth Policy 2014, of 198 countries, 122 countries have a national youth policy – a 50% increase compared to 2013. A further 37 states are either developing a new or revising their current youth policy, and 31 countries have no national youth policy at the moment. These numbers show that national governments are becoming increasingly aware of the fact that adequate legislation and policies are needed to respond to young peoples’ concerns, aspirations and demands. The content of such policies can in turn inform national, regional and global youth initiatives, programs and projects of development partners that focus on youth issues.

Here is our Top 10 reading recommendations for delegates ahead of the First Global Forum on Youth Policies.

In 1995, on the tenth anniversary of International Youth Year, the United Nations strengthened its commitment to young people by directing the international community’s response to the challenges to youth into the next millennium. It did this by adopting an international strategy—the World Programme of Action for Youth to the Year 2000 and Beyond.

The World Programme of Action for Youth (WPAY) provides a policy framework and practical guidelines for national action and international support to improve the situation of young people. It contains proposals for action, aiming at fostering conditions and mechanisms to promote improved well-being and livelihoods among young people. The WPAY focuses in particular on measures to strengthen national capacities in the field of youth and to increase the quality and quantity of opportunities available to young people for full, effective and constructive participation in society

At global level, modern youth policy standards are rooted in the 1998 Lisbon Declaration on Youth Policies and Programmes, agreed at the World Conference of Ministers Responsible for Youth. The first point articulated the need for governments to develop,

“…developing national youth policies and operational programmes, at appropriate levels, to implement the World Programme of Action for Youth to the Year 2000 and Beyond, taking into account the national priorities, realities and limitations arising from different socio-economic and cultural development contexts.”

Ministers signed up to a range of commitments, including the need to match a policy with implementation processes and resources, mainstream youth issues beyond a singular policy document, consider the needs and priorities of young people themselves, develop measurable goals and indicators for accountability, and collect data and commit research and make its findings public. 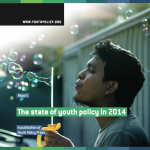 Europe has one of the longest traditions of international cooperation in the field of youth policy, and has developed some international best practice around standards for youth policy since the mid-1990s. At a European level, most of the modern youth policy standards can be traced back to the eight indicators of a national youth policy that Peter Lauritzen outlined at the Potsdam Conference on East-West Exchanges in 1993, framing them by arguing that,

Volume 1 – Principles, policy and practice
The concept of “youth policy”, while broadly accepted throughout the world as a necessary dimension of public policy, remains unclear and contested in relation to both its breadth and depth. The objective of this report is to seek to “capture” some of the key themes, issues, lessons and perhaps omissions arising from the seven Council of Europe international reviews of youth policy carried out between 1997 and 2001. These have covered Finland, the Netherlands, Sweden, Spain, Romania, Estonia and Luxembourg.

Volume 2 – Lessons from the ‘second seven’ Council of Europe international reviews of national youth policy
Volume 1 was written to develop the framework that was initially established through a grounded reading of the material from the first seven international reviews of national youth policy conducted through the Council of Europe Youth Directorate between 1997 and 2001. Volume 2 seeks to define this further. This has involved a careful reading of the subsequent national and international reports produced between 2002 and 2006 to identify those issues that merit either greater prominence or their introduction for the first time. The outcome of this exercise is the proposal of a new framework within which European-level debates on the subject of ‘youth policy’ should be taking place. The benchmarks against which ‘youth policy’ is, and might be, considered are outlined, indicating the need for further and more penetrating debate on an issue that is recurrently discussed but rarely reaches any definitive conclusion. 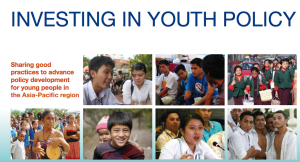 Investing in Youth Policy advocates for governments and civil society to put young people on the policy agenda. It makes the case for the importance of developing and implementing policies that deliver on the rights of adolescents and youth within the Asia-Pacific region. It also describes good practices in seven case study countries.

Investing in Youth Policy can be used at all levels of government and civil society: As evidence to make a case for developing and implementing policies that deliver on the rights of young people; To promote working with and for young people in developing policies that affect them; To share good practices in developing and implementing evidence-based policies in the region; To demonstrate the increasing commitment of governments in the region to honour their responsibilities to meet the needs of young people.

An Exploration of National Youth Service Policy in 17 Countries in Latin America and the Caribbean – Innovations in Civic Participation (2005)
This exploratory study examines the emerging field of national youth service policy (NYSP) in Latin America and the Caribbean (LAC). The main premise behind policies that support community service is that when given an opportunity for meaningful involvement in society through service, youth take advantage. Well-designed service policies support programs that provide youth a forum for engaging in meaningful, pro-social activities, and in turn provide opportunities for the acquisition of skills and experience in collective action for community improvement. This study defines the core elements and characteristics of national policies that involve young people in community service and volunteerism.

approve, proclaim and undertake to fulfil and make fulfil the present Iberoamerican Convention on Rights of Youth with the spirit of recognising youth as subject of rights, strategic characters of development and people able of responsibly exercising the rights and freedoms set forth in this Convention; and so that all the countries of Iberoamerica, its peoples and institutions are involved in this document, make it effective in the daily practice and make possible that programmes which give life to what this Convention promotes regarding youth and its total fulfilment in justice, peace, solidarity and respect of Human Rights are carried out. 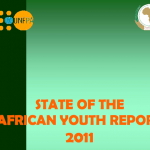 The State of the African Youth Report 2011 was commissioned in partnership with the United Nations Population Fund (UNFPA) as one of the key documents to inform African leadership at the 2011 Summit on the status of youth in the continent, and to facilitate debate on plans for subsequent actions for further developing the continent’s youth. The report provides a baseline – an evidence-based account of the status of young people in Africa today. It traces the challenges, presents accomplishments by AU member states, partners and young people themselves, and offers a roadmap on the way forward in supporting the youth development agenda. It also establishes a supplementary benchmark for equity and fairness upon which progress towards the implementation and monitoring of the African Youth Charter can be based.

A framework for multi-sectoral and multi-dimensional engagement of all stakeholders towards the achievement of the goals and objectives of the African Youth Charter. The DPoA will also facilitate more coordinated and concerted actions towards accelerating youth empowerment and development. The plan of action provides a context that explains the background and reasons behind the declaration of a Decade for Youth by the African Union Assembly in January 2009. This Plan intends to support the development of national and regional plans of action, while simultaneously providing a framework to allow coordinated activities at the continental level.

Youth policies, laws and legislation vary widely across the world and the Youth Policy Fact Sheets are a starting point – not a complete picture. On youthpolicy.org, we have 196 Fact Sheets online, covering every UN member country. It represents the most comprehensive global overview of youth policies, youth legislation and youth realities to date. Check out your country Fact Sheet and that of others to gain a good understanding of other policy situations in other countries. 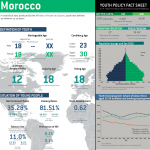 Providing snapshots of youth policy, fact sheets give a quick yet nuanced overview of a country’s framework and context and enables cross-state comparison, covering the various dimensions of economic and political life for youth in a country. They offer a useful summary of the situation of young people and indicators, indexes and legislation areas were chosen for their availability, geographic coverage and the story they help tell. 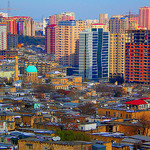 TripAdvisor have put together a useful summary of tourism in Azerbaijan, including the Top 10 reasons to visit, accommodation, things to do, cuisine and and information on all the different regions of the country. The Caspian sea, UNESCO World Heritage sights, mud volcanoes, saffron and silk are just some of the highlights!

The Guardian’s article, “Baku and beyond: a road-trip around Azerbaijan”, summarises Baku as:

Baku has a pretty medieval core surrounded by an old city and a new one. Old Baku is elegant, with sturdy turreted and cupola’d stone buildings. New Baku is brash, boom-built and crowned by three almost-finished skyscrapers shaped like flames, for Azer means “fire”. In between, there are rather a lot of concrete apartment blocks, gifts from the eastern bloc.

Can you think of any other key background reading? Share it with us and we’ll add it to the list!