“So for a week I sweated copiously, ate lots of watermelon and talked revolution, power and climate change. This was the week of Global Power Shift. Istanbul, Turkey. After coming away very disillusioned with COP18 in Doha last year, I was excited to go to an event based on grassroots and NGO lead change.” Sofia shares her thoughts and reflections on the first phase of 350.org’s Global Power Shift.

So for a week I sweated copiously, ate lots of watermelon and talked revolution, power and climate change. This was the week of Global Power Shift. Istanbul, Turkey.

After coming away very disillusioned with COP18 in Doha last year, I was excited to go to an event based on grassroots and NGO lead change. So a team of 4 Kiwis/New Zealanders went to the other side of the world to see how we can ignite the fight against climate change on a national and global level.

Istanbul is a magical setting to be in anyway, but even more pertinent during a time of social and environmental revolution. With that setting, the atmosphere of the Conference was electrifying, charged with hearing from speakers at the forefront of the Gezi Parki protests and standing side by side with 5000+ Turkish protesters at the Turkish Anti-Coal march, amongst others marches. 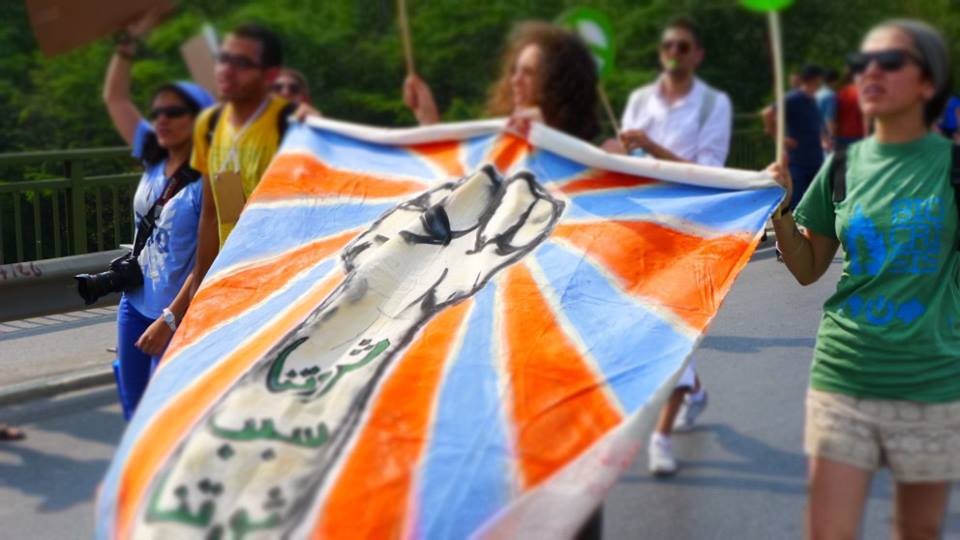 GPS was a wonderful mix of people accents, dance styles and issues around climate change from the 130+ countries represented. The core curriculum around power and theories of change was essential and an interesting view into the fact that even though we all were fighting for the same cause, the paths to get there differed person to person, culturally and by gender. Hearing from representatives from 350.org, Greenpeace, Avaaz and so forth, again it was clear that there was no one set path to ‘solving’ the climate crisis. There was a small part of me that was secretly hoping that these amazing minds with their high level experience may have the ‘one answer’ which we could all put out effort into, but across cultures, politics and borders, there can never be one right fit for all. For me it reinforced that regardless of your chosen path to create change,it is just as important to make a journey that is exciting, important and accessible to as many people as possible.

Whilst on the note of accessibility, GPS tried to make all the sessions and tracks accessible to all, it also made it too slow and too basic for many. I could have done with some more in depth sessions, less icebreakers and more discussions around power theories. But I have also come away very motivated and excited, dedicated to keeping up links within the Pacific and reconnecting with the NZ team shortly to work on our strategy. Unlike a lot of the world, our Phase 2 is not about organising a national Powershift, that has already been done, but looking into motivating a more community based, multi-aged approach to shifting power. I have been left inspired to be part of the journey.

As a mix of Pakeha and Argentinean, and inherent traveller, I’ve had the benefit of having seen many views of the world. This has led me to understand how as humans, we have the same fundamental wants and needs and that climate change affects or will affect the general wellbeing of us all.I have just finished a Graduate Diploma in Sustainable Practice at Otago Polytech’s Centre for Sustainable Practice, looking at a systems approach for creating resilient, future focused solutions to climate change. But my life is not only about this, I also love biking, dark chocolate and basking in a sunny spot with a good book.