Serbia has made significant strides in developing policies that are cognizant of and responsive to the concerns of Serbia’s youth. But young people continue to face obstacles on the road from childhood to adulthood. Our audit of public policies and their impact on young people sheds light on the opportunities and challenges confronting young people in Serbia, as well as how youth might advocate for policies and reforms that overcome such obstacles.

This audit, published in 2012 with the generous support of the Open Society Foundations, evaluates the impact of public policies on young people in Serbia, analysing not only specific youth policies, but the wider policy dossiers affecting young peoples’ lives and rights.

It is part of a pilot series of six audit reports reviewing public policies affecting young people in the following countries: Estonia, Kyrgyzstan, Liberia, Nepal, Serbia, and Uganda. The pilot project consisted of research teams on the ground to conduct analyses based on a specially developed evaluation matrix, assisted and supported in the research process by international advisors. An International Editorial Board supervised and evaluated the pilot process. 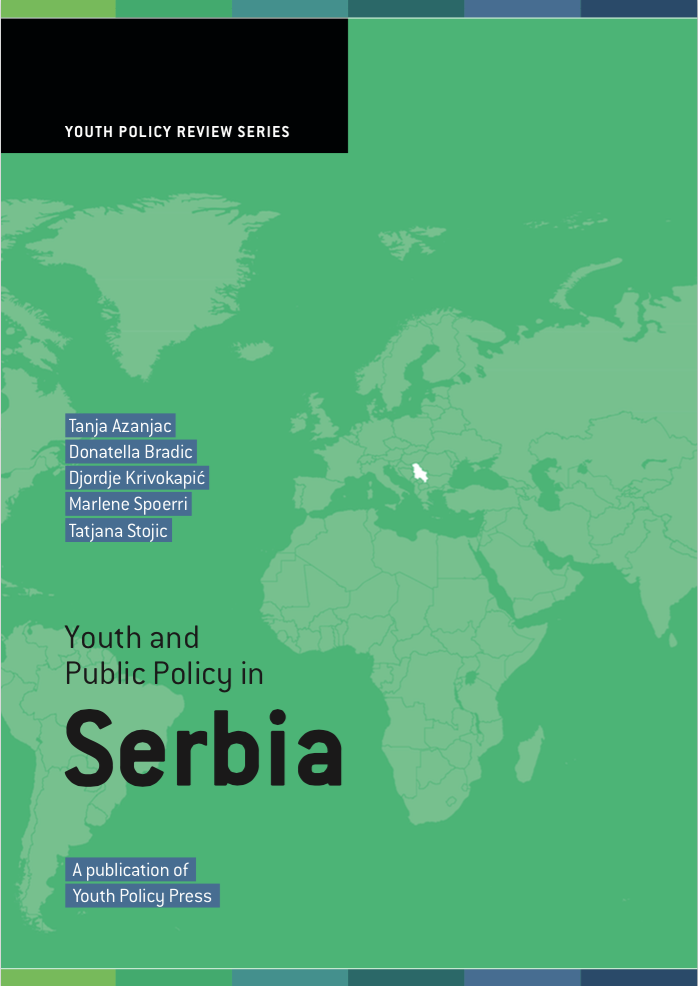 The pilot project had the following objectives:

KEY FINDINGS OF THE SERBIA REVIEW

In recent years, Serbia has made significant strides in developing policies that are cognizant of and responsive to the concerns of Serbia’s youth. The adoption in 2011 of a national Law on Youth represents a significant step forward in the realization of young people’s rights. But, while Serbia’s youth has made demonstrable headway in the policy domain, young people continue to face significant obstacles on the road from childhood to adulthood.

This review sheds light on the opportunities and challenges confronting young people in Serbia, as well as how Serbia’s youth might successfully advocate for policies and reforms that overcome such obstacles.

Young people between the ages of 15 and 31 make up about 20 percent of the population in Serbia. Confronted by a graying population and the hardships of a post-communist, post-conflict transition, these young people faced enormous obstacles over the course of the past decade.

On the economic front, while Serbia has experienced steady gains in GDP since the democratic changes of 2000, Serbia’s young people continue to suffer from high rates of unemployment, a lack of access to the labor market, and vulnerability to macroeconomic instability. On the political front, while Serbia has successfully made the transition to an electoral democratic state, young people continue to be far removed from decision-making processes and are often denied a voice in the decisions that affect their lives.

Serbia has made important steps in laying the foundation of a solid youth policy, but many significant questions remain about the implementation of such policy. Based on an analysis of these gaps, the report offers a set of recommendations for policymakers and youth civil society organizations in the months and years going forward.

The full audit report can be downloaded as a pdf document here:

We extend our thanks to Tanja Azanjac, Donatella Bradic, Djordje Krivokapić, Tatjana Stojic, Marlene Spoerri, Robert Thomson, Yael Ohana and Milosz Czerniejewski for their hard work on the report, to all the persons we were able to interview and discuss the situation of young people and the impact of public policies on youth in Serbia (see appendix IV for an exhaustive list), as well as to the teams of the Open Society Youth Initiative, iDebate Press and Demokratie & Dialog.