Many countries have stated their youth policies, but are they executing them? Do these policies support young people to achieve their rights? In which ways do specific youth policies and broader policies affecting young people interact and with which results for young people? Our series of youth policy audits seeks to answer these and other related questions through independent reviews. Find out more here…

The first step to understanding is knowledge 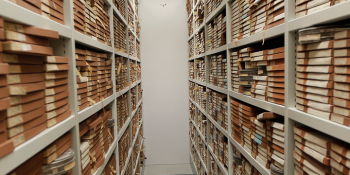 Commonplace as it may sound, the first step to understanding really is knowledge. Many countries have stated their youth policies, but are they executing them? Do these policies support young people to achieve their rights? In which ways do specific youth policies and broader policies which pertain to young people interact and with which results for young people? What measures might ensure that young people get their fair share of policy attention and resources? To answer these and other related questions, the Open Society Youth Initiative (OSYI), which promotes youth advocacy and participation in all aspects of their communities, started a pilot program to research and analyze public policies affecting youth in 2010. The project’s main aim was to contribute to the elaboration of evidence on which young people and supporting institutions, such as the Open Society Foundations (OSF), can advocate not only for the adoption of sound national and international youth policies, but for their implementation. It further aimed at providing youth civil society and supporting organizations with what they need for holding governments and international institutions accountable to the promises they make to young people.

This first round of policy reviews has come to a close, and the final reports will be published as a series here on www.youthpolicy.org starting in autumn 2012. It was conducted in six countries across the globe: Estonia, Kyrgyzstan, Liberia, Nepal, Serbia and Uganda. Countries were chosen based on OSF’s National Foundation and Regional Programs’ interest in engaging youth or youth issues in their strategies. In composing the pilot group of countries, OSYI sought to include conflict and post conflict countries, countries impacted by inward and/or outward migration of young people, those that are home to minority and/or marginalized youth communities, countries with a youth budge or an ageing population and those that have some form of stated youth policy. In addition, a fair geographical distribution across countries and regions was sought.

A broader look at policy in relation to youth

Many actors in the public sphere, from governments to youth civil society organizations, to international development agencies to mention just a few, have sought to describe youth policies in specific countries or regions. Several such projects have attempted to distill best practice on national youth policies – how to develop one, how to manage one, etc. Some have stated the case for more attention to be paid to young people in other policy fields, especially development.

This project differs from its predecessors in several respects. First, it takes a broader look at policy in relation to youth, analyzing not only specific youth policies, but the wider policy dossiers that can affect young peoples’ lives, from housing to education, from health to participation. Second, it attempts to understand the impact of said policies pertaining to young people on the achievement of their human rights, asking the question in which way do said policies support or hinder young people in becoming fully active and engaged citizens. Third, it acknowledges the role of international exchange and good practice in the development of youth policy knowledge, and tries to assess the extent to which international policy initiatives, legislation and declarations have influenced the national policy field – for better or worse. Finally, and not least importantly, this project has taken the rare approach of ‘not waiting to be asked’, in that it does not rely on government invitation to consider the merits and possible gaps in a country’s policy provisions for young people, thereby making a strong statement as regards the necessity of government to be held to account by citizens.

The set-up and approach of the pilot review series

The evaluation process for each country involved a mixture of desk research, direct consultation with young people and in-depth field visits to ensure corroboration of results and depth of analysis. Each country review was conducted by a research team made up of experts in the field of youth policy, young researchers, and grassroots activists with specific expertise in special context related factors for the country in question. Each country research team was further supported by an international expert – the so-called International Advisor, who assisted in the collection of relevant international literature, with the analysis and drafting process and in the implementation of the country field visit. The role of National Foundations and local partners supporting the research process was to support the team for the logistical organization of fieldwork and the collection of research materials, as well as for the planning of follow-up and advocacy work in the country and internationally as appropriate. An International Editorial Board (IEB), composed of three high level international experts, ensured ongoing quality control through an evaluation and provided advice on demand to the country review teams.

To ensure methodological rigor and some comparability of results, the project developed a multidimensional evaluation matrix. This was adapted to the specific country context by the country teams during the planning for their research process and was used as a basis for the evaluation of the impact of public policies on the achievement of young peoples’ human rights in each country. Given the pilot nature of the initiative the matrix served as a training framework for understanding the policy review process and was the basis on which the country report structure was designed.

The timeline of the first round of reviews

Project implementation began in February 2011, starting with the recruitment of the country research teams, International Advisors and members of the International Editorial Board. Spring 2011 was dedicated to orientation, structuring work plans; late summer and autumn 2011 was the time for desk research, in-country field visits and preparing early drafts of the country reports. Between February and April 2012, the research teams delivered individual country reports based on available local and foreign language literature, interviews with relevant stakeholders and direct consultations with or surveys of young people.

These country reviews not only shed light on the opportunities and challenges confronting young people, but also on how youth themselves might successfully advocate for the elaboration of reforms and even new policies to remove obstacles hampering the achievement of their human rights. They further consider socio-political barriers young people experience in their transition to adulthood and ways in which society might better value young peoples’ potential contributions to their communities.

_ Civil society organizations and the private sector have become increasingly important players in youth service delivery, working in partnership with both central and local governments. Financial means may well come from development agencies or foundations. This has hampered countries in their progress towards offering sustainable and appropriate services: where the state is dependent on donor funding for policy formulation, the formulated policies seem to have little impact on what is implemented. Political and other contingencies (including institutional factors) drive implementation to a large extent. This is not a very encouraging picture and it is necessary to understand more clearly the constraints and barriers for evidence-based policy development and implementation.

Most of the countries identified gaps between policy makers, researchers and practitioners. These sectors often worked in isolation with very few institutionalized mechanisms to encourage cooperation and country ownership.

The invisibility of the United Nations

Interestingly, the role of the UN and other multilateral agencies in policy formulation was seldom captured in the country reports. Given that UN and multilateral agencies often offer technical and financial support to governments, and sometimes to civil society groups, for policy formulation it is interesting that their role was invisible in the policy review process especially with regard to capacity building or institutional strengthening.

Almost all the country reports also emphasized the fact that vulnerable and marginalized youth groups, although identified in the policies as requiring special support, continued to be sidelined. Certain youth groups were marginalized due to a range of cultural and political issues as well such as language, ethnicity, religion, sexual orientation. Countries do not seem to have found effective means of integrating all youth groups into even existing programs.

In terms of overall findings education, training, employment, access to the labor market, health and youth civic involvement were key issues that drew attention in all the country reports. Certainly, these issues having transpired across countries call for coherent involvement of all stakeholders in the youth field and cross-sectoral collaboration through creation of linkages within other relevant national policy frameworks.

From first findings to full reports: next steps

All six reports will be published as a series in electronic format, in PDF for download and in print versions appearing from autumn 2012 onwards, appearing here on www.youthpolicy.org. Some findings from the reports, the main facts and figures, shall also be integrated into the relevant country fact sheets on youthpolicy.org. A series of in-country and international dissemination and advocacy events are also currently in preparation.

Several of the OSF National Foundations involved are planning on translating the reports, which have been drafted in English for international consumption, into local languages. Ultimately, the aim is to get young people advocating on their own behalves using the results outlined in the reports, so OSYI is planning a series of training activities for evidence-based policy advocacy for 2013. Finally, a second round of policy reviews is under preparation and will kick off in the 2nd half of 2012.