Today, for the first time in the history of the United Nations, the Security Council – one of the six principal organs of the UN, charged with the maintenance of international peace and security – has, during its 7573rd meeting, adopted a resolution on young people.

A breakthrough and an important milestone

“It is important that youth not be seen as primarily victims of violence in conflict. And our focus not be on youth as a potential risk group or perpetrators, but as actors.” (Source: Records of the meeting, page 5 – Link: http://youthpolicy.org/basics/2015_UNSC_Records_Meeting_07561.pdf) 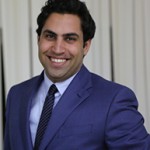 We spoke with Ahmad Alhendawi this morning, the United Nations Youth Envoy, who underlined the importance of the resolution:

“This is a major breakthrough in our collective efforts to change the predominantly negative narrative on youth and to recognise the significant role of young people in peacebuilding. Youth have for too long been cast away as either the perpetrators of violence or its victims.”

We also spoke with Saji Prelis from Search for Common Ground and Matilda Flemming from the United Network of Young Peacebuilders, who were both key to the preparation of the resolution as Co-Chairs of the Inter-Agency Working Group on Youth and Peacebuilding.

“the resolution is a groundbreaking achievement: for the first time in its history, the Security Council recognises that young men and women play an important—and positive—role in the promotion of peace and security.”

“the resolution creates a paradigm shift — away from the idea of young people being seen as a threat to security towards the very real notion that they have the power to transform violent conflict.”

Five pillars for action on youth, peace and security

A progress study and consistent reporting

The resolution also requests that the Secretariat builds youth more coherently into existing reporting mechanisms, and specifically asks the Secretary-General to include in his country-specific reports to the Security Council information on youth in situations of armed conflict and on measures relating to the prevention, partnerships, participation, protection, disengagement and reintegration of youth. It further requests that a progress study is carried out on young people’s positive contribution to peace processes and conflict resolution.

A glimpse behind the scenes of the resolution’s development

To many, the resolution will come as a surprise, but preparations have of course been ongoing for many weeks and months. The resolution has been championed particularly by Jordan, one of the largest contributors to the United Nation’s peacekeeping efforts, and currently one of the ten non-permanent members of the Security Council. Spearheaded by Al Hussein bin Abdullah, the 21-year old Crown Prince of the country, Jordan held an open debate on youth and peacebuilding in April 2015, during its own presidency of the Council, and hosted the Global Forum on Youth, Peace and Security in August 2015.

‘What’s in Blue’, a blog run by the New York-based NGO Security Council Report that refers to the final stage of negotiations of draft resolutions when their text is ‘printed in blue,’ has interesting insights into the negotiation process:

“As this is the first resolution on youth, peace and security, Jordan had to persuade members that it was an issue that was relevant to the Council. Eventually it was able to get support for a draft resolution although a number of issues required some negotiation, including the definition of youth. […] Another issue was how much of the draft resolution should be devoted to the issue of youth and countering violent extremism. Some members including the US, and to some extent China and Russia, wanted to more focus on youth and violent extremism, but it was important to Jordan that the draft resolution also show the positive contribution of youth in armed conflict situations.” (Source: Blog article published on December 8, 2015 – Link: http://www.whatsinblue.org/2015/12/adoption-of-resolution-on-youth-peace-and-security.php

From paper to action: a new agenda on youth, peace, security?

Matilda from UNOY reminded us during our conversation that:

“the resolution is no doubt an important step forward, but some paper work in New York won’t change the world. Now we as youth organisations — together with civil society, UN partners and other relevant stakeholders — have a huge job in partnering with and pushing governments to start implementing the resolution.”

Those closely involved in the drafting of the resolution hope that its adoption marks the birth of a youth, peace and security agenda for the Security Council. We share that hope, and will continue to report on this anticipated development, and more specifically on the implementation of this milestone resolution.

Written and researched by Andreas Karsten.

Featured image from a previous article on youth and peacebuilding here on youthpolicy.org.