Through an initiative called Youth 21, UN-HABITAT tries to position itself as the leading agency on youth issues within the UN. A ten-week publicity show was meant to give one of three suggested scenarios both momentum and credibility. Valid concerns about the acceptance, suitability or representativity of the suggested instruments fall by the wayside. We suggest some alternatives to the silo mentality of the scenarios put forward by Youth 21.

Two developments currently dominate the discourse within and about the United Nations and its attempt to better align its work in the youth sector.

Youth 21 is driven forward with impressive speed – mainly by UN-HABITAT and Norway – and has led to a series of meetings, declarations and documents since the kick-off in Oslo in late 2011:

The document, as well as the entire Youth 21 Initiative, are pushing for the third scenario:

“Scenario 3 would best represent youth globally, giving them a forum in which youth can discuss youth issues and formulate policy, democratically elect members to the Permanent Forum, and have a Special Representative to advocate within the UN system and globally for decided upon priorities and policies. This scenario is the only scenario which truly allows for a comprehensive youth engagement in the UN.”

But there are very real dilemmas, shortcomings and dangers associated with the third scenario:

It is, at first sight, perplexing why such an ill-considered scenario should be pushed for so strongly and quickly without taking the time to address these concerns. The confusion about half-baked documents arguing for just one way ahead, and meetings called for at short notice to rubber-stamp that push, clears up a little with some attention to detail:

“One possible option is to re-brand the current biannual World Urban Youth Assembly into the Youth Platform Assembly.” 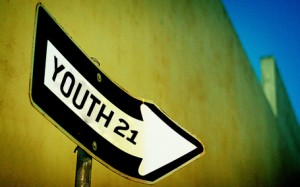 When looking closely enough, Youth 21 seems to reveal itself as little else but a hasty attempt of a few people to position one of the various UN agencies working on youth, and themselves, in the ongoing struggle for influence, power, positions and funding.

Valid concerns about the acceptance, suitability or representativity of such instruments fall by the wayside. We are about to create even more structures that are completely divorced from the young people they are meant to engage and represent.

Why don’t we discuss some alternatives?

These are our six alternatives to the silo mentality of the scenarios put forward in the context of Youth 21.