The High-Level Panel (HLP) on the Post-2015 Development Agenda has just delivered their report and recommendations to the UN Secretary-General. Will the proliferation of online surveys, discussion forums and social media hangouts show any impact? Will those who criticised the debate as sterile and technocratic be proven wrong? Or will the needed systemic changes be side-lined again by vested interests?

The High-Level Panel of Eminent Persons on the Post-2015 Development Agenda appointed by Ban Ki-moon, the Secretary-General of the United Nations, to advise him on the post 2015 agenda will hand over their report and recommendations on the 30th May 2013. The report (full report, executive summary, annex) will be publicly available on the 31st May and an event on the same day in New York will provide the first opportunity for UN agencies and stakeholder groups to interact with panelists on the substantive recommendations of the report.

“an inclusive, open and transparent process with multiple stakeholder participation”[1] … that sought to bring the “views from all corners of the world together”, using “… innovative new methods to reach out to the poorest and most marginalized people.”[2]

It was convincingly argued by others that if the post-2015 process did not get the participation of those most affected right, it would fail.[3]

The UN Secretary-General’s words were followed by a proliferation of online surveys, discussion forums, social media groups, Google hangouts, hashtags and more. A total of 11 thematic consultations and 83 national consultations provided an unprecedented opportunity to contribute to, and track, the development of the agenda. If volume is an indicator of success, then the process appears to have satisfied the UN Secretary-General’s demands – alone the High-Level Panel received more than 800 submissions. 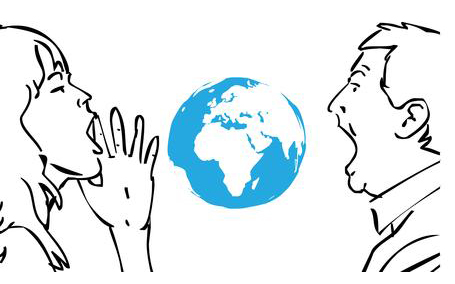 Nearly 600,000 people from over 190 countries contributed to the UN’s Global Survey MyWorld, which invited people to identify six issues from a possible 16 that would make most difference to their lives. The consultation exercise appears to have reached out to the poorest: 78% of the responses were received from people living in countries categorised as low (48%) or medium (30%) on the Human Development Index (HDI) and 73% of the respondents were under the age of 35.[4]

So far so good? Well yes and no. Whilst the post-2015 agenda has been developed through the largest global consultation exercise undertaken to date, a survey (however global) can barely be described as innovative participatory methodology. Justifiably, some have criticised the bewildering array of outreach methods[5] and argued that instead of a searching global conversation the process resulted in an anaesthetised debate:

“Something is lacking in the efforts to design a new global development framework. The aim – to set goals for all mankind and the planet – ought to involve all the great questions of the age. Instead, the discussion feels small and technocratic. Despite great efforts, it has attracted derisory attention from beyond the professional development world.” [6]

A closer examination of the origins of proposals reveal the global imbalances and organisational dynamics that are likely to influence the final report and its recommendations.

So whilst the efforts to engage the poorest and most marginalised should be appreciated, lets not be under the illusion that the methodology was any more than a step in the right direction on what is a very long journey. This was not citizen-led participation, and there remains a huge disconnect between the modus operandi of global governance and the reality of the people they purportedly work for.

The measure of whether this is understood will be whether the report and recommendations of the High-Level Panel lead the global paradigm shift that is required to establish a future orientated, just, and people and environment centred global reality.

Specific to the youth sector, it will be important to truthfully examine whether, and to which extent, the High-Level Panel has taken the youth sector’s views seriously and included their recommendations in the final report. The engagement of the Beyond 2015 Children and Youth Working Group and the Major Group for Children and Youth with the High-Level Panel (HLP) and the Open Working Group on the Sustainable Development Goals (OWG) has significantly raised the profile of youth in the debate leading up to the report. But will the report reflect that?

Will the more innovative and radical proposals that aim at the structural and systemic causes of global inequalities be sidelined by vested interests and the kind of ‘muddling through’ and compromise to power that so characterised the world’s response to the events of the triple food, financial and environmental crisis?

Will the calls for a focus on

be included, excluded or diluted?

Will the framework avoid the Western and donor-driven approach to development that became synonymous with the MDGs? Will it include a ‘Global Social Contract’ that is relevant to people in the North and South and that acknowledges the development needs of countries that would describe themselves as developed?

Now is the time to scrutinise. The data is there and enables us to identify the proposals that have been lost in the frenzy of consultation or diluted in bureaucratic deliberations.

All images courtesy of worldwewant.ie, run by Dóchas, the association of Irish Non-Governmental Development Organisations.

[1] – The UN Secretary-General (UNSG) report on accelerating progress toward the MDGs and the issues for advancing the UN Development Agenda beyond 2015 (A/66/126): pdf-version of the report. [↩]

[4] – The data can also be disaggregated by region, country, age and HDI ranking, enabling decision makers to understand regional and demographic variations. [↩]