Since youth has become a new priority of the UN Secretary General, a flurry of activity has started. Most events are tokenistic and manipulative, dominated by hidden agendas and personal interests of people clinging to structures and jockeying for positions. The meeting reports are almost as dead as the words on the page. Are we creating even more structures that are completely divorced from the young people they are meant to engage & represent? 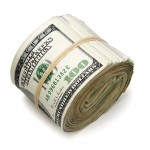 Since Ban-Ki Moon announced youth as a new priority during his second term as UN Secretary General, a flurry of activities has started. Most events, called for at extremely short notice, are dominated by hidden agendas and personal interests. How can we achieve participatory UN youth structures, if consultation processes remain tokenistic and manipulative?

We cling to structures. They make us feel secure. If we build them ourselves, we feel even more secure. How confident are any of us that the ambition in our words really matches the needs of those we claim to engage?

We investigate, analyse, talk, blog, tweet and even debate – and then we write a report. A document almost instantly regarded as dead as the words on the page. 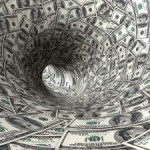 The structures become political mechanisms for cloning another generation to become divorced from the young they probably really believe they represent.

At a time when action speaks – and can be volatile, do we need any more structures? A potential UN Youth Forum is under discussion; a Common­wealth Youth Council is under construction. Several other youth forums already exist; generating policy papers on any, and every, subject. And just what effect is this having on the deteriorating life-choices of an excluded generation?

We do need standards for meaningful youth participation in policy-making. We need them where it counts – in hierarchies of local communities; in the recruitment process in education; in the human resource policies of multinational businesses, and in the accountability of structures. 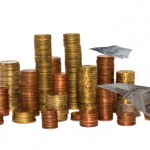 The best test of an effective structure for social change is that it puts itself out of business; makes its own existence unnecessary. Replicating weak systems can only stretch further the distance of accountability. It is a two-way street; the leaders need followers; the power-holders need security to act. But it has to be a managed deal. For those who sit on and run the structures, there needs to be rigorous external examination, by peers and the disenfranchised.

Until we get there, try this: work on the detail – who’s not in the room? Get it right and then build something you don’t want to serve on yourself.